Established in 1993, Casa Italia Gourmet Food & Wines is a leading importer and distributor of Italian food and wine.

“Still dripping from its brine and ready to be eaten, there and then.” A debut, if any of a food chain looking to make an impact; its purpose, to promote mozzarella to the masses. Few have had the influence of basing a menu around one ingredient, yet Obiká, Neapolitan dialect for, ‘here it is’ has done just that.
Italy holds the crown as the epicentre of the land of gourmet regionalism. It would be easy to consider the simple, milky, white cheese as a plain Jane, but if anything, it is very much the Keith Richards guitar riff to a Mick Jagger lyrical wordplay. 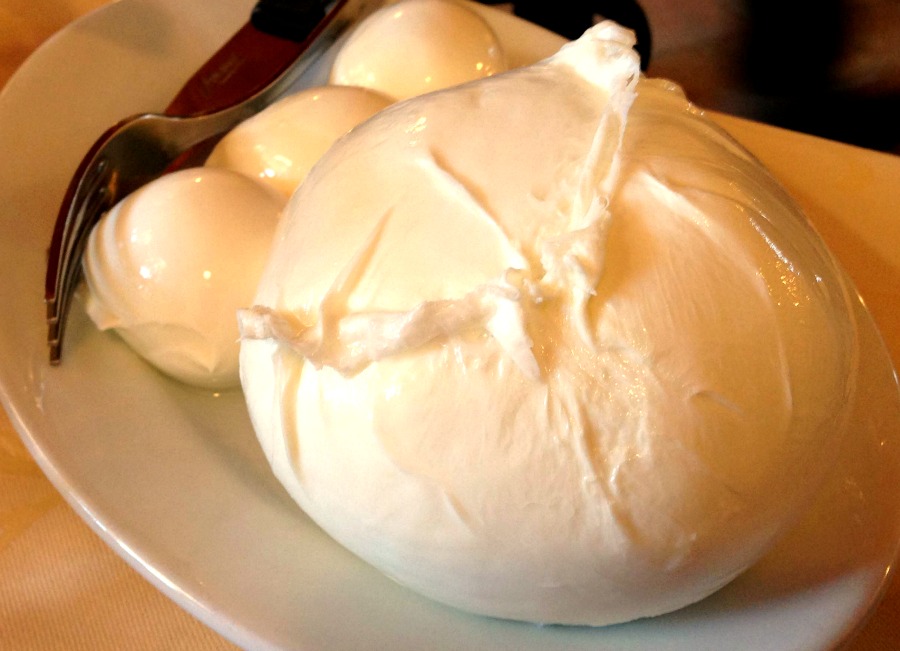 Mozzarella was rarely seen as such a prized ingredient. Initially consumed only by the dairy farmers, it was regarded as a ‘poor’ alternative to cow or goat’s milk cheese. The proliferation of news and information at the time saw its popularity grow. Royal and noble houses such as the 18th century Bourbon Royal farmhouse near Carditello, Naples made much effort to promote and produce a product whose origins go as far back as the 12th century. Since its introduction into the Italian diet, it has become one of the world’s most enjoyed and famous cheeses.

The American Institute of Food Studies claims that mozzarella has overtaken cheddar as the most consumed cheese product, and that over eleven pounds per person was eaten by the average American in 2012; usurping cheddars meagre ten and a half pounds that same year.

The history of water buffalo in Italy is not settled. Some claim that water buffalo were introduced into Italy as early as 200 AD by the Roman general, Hannibal. Another theory claims that Asian water buffalo were brought to Italy by Goths during the migrations of the early medieval period. However, according to the Consorzio per la Tutela del Formaggio Mozzarella di Bufala Campana, the “most likely hypothesis” is that the Arabs brought them from Asia to Sicily at the time when they dominated the island ( from 827 AD to 1061 AD) and, later, the Normans introduced them to the rest of Italy. The Consorzio per la Tutela also refers to fossil evidence suggesting that water buffalo may have even originated in Italy. 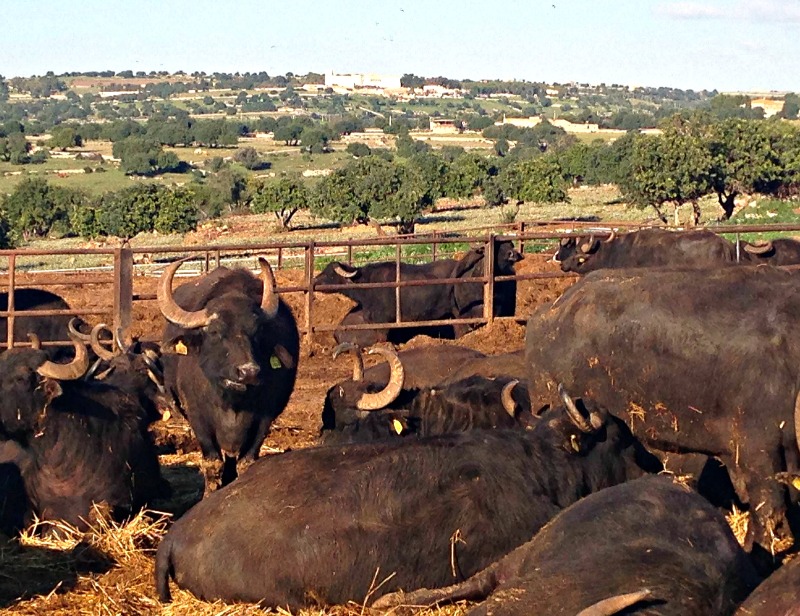 Undoubtedly, the marshlands of northern Italy were a perfect environment to house water buffalo. However, consecutive development in the mid 18th century of country infrastructure saw the northern regions aim to shore up the marshlands as workable areas of growing grain and population building, while the South saw water buffalo’s as a good alternative to dairy requirements. Therefore, from the second half of the eighteenth century buffalo mozzarella became widespread throughout the south of Italy and became immediately associated with southern regions.
Production in and around Naples was briefly interrupted during World War II, when retreating German troops slaughtered the area’s water buffalo herds. After the second world war, the government acted to introduce new livestock at cheap prices from Asia; the water buffalo was soon producing milk, and mozzarella was once again available.

It’s etymology comes from the verb “mozzare” (to cut off) and its this particular method of cutting the elastic buffalo milk curd, la mozzatura (slicing) to provide its unique shape and distinct size. 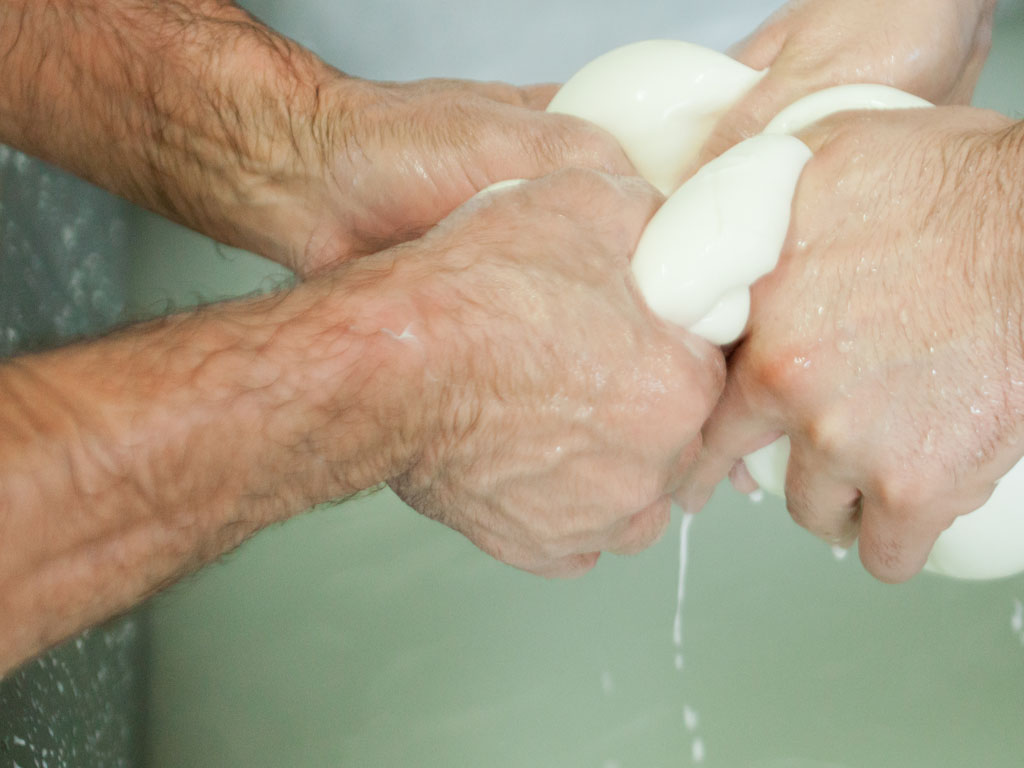 To discover the real mozzarella, however, you would need to venture into a specific area in the South of Italy; located between the Greco Roman city of Paestum and the Agro Pontino marshlands of Lazio, here you can find the only accredited dairies in the production of Mozzarella Di Bufala Campana DOP. (DOP is an EU licensed trade description of origin control). According to these standards, mozzarella must be produced using the following criteria; fresh buffalo milk, rennet (a natural milk coagulant), salt and milk enzymes. They must also be produced between this particular stretch of marshland.

Mozzarella doesn’t just end with la bufala, nor in the marshlands of the South. Different varieties have made their way into cooking and dinner tables across the peninsula, and abroad. 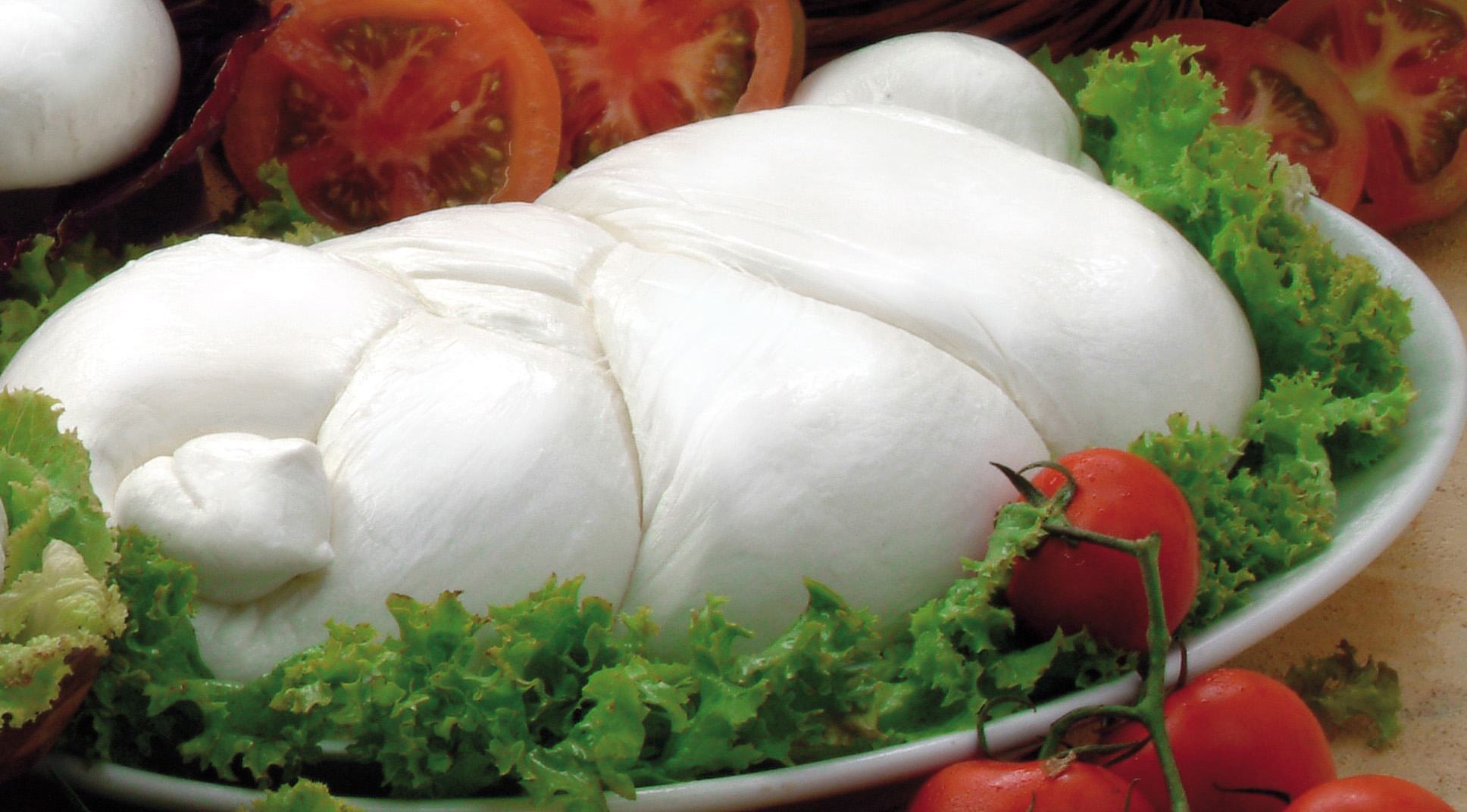 Fior di Latte for example is a variety made with cow’s milk and is used as a cheaper alternative in cooking, furthermore, unless the pizza you order states buffalo mozzarella, it is probably using this instead.

If you were to travel to the South East in the region of Puglia, you will come across, Burrata. Stemming from the origins of buffalo mozzarella, the dairy farmers were more concerned with preservation, la Burrata was created as a by product of taste and slightly longer shelf life. A harder mozzarella with a heavy creamy centre is the noted characteristics of this particular variety. 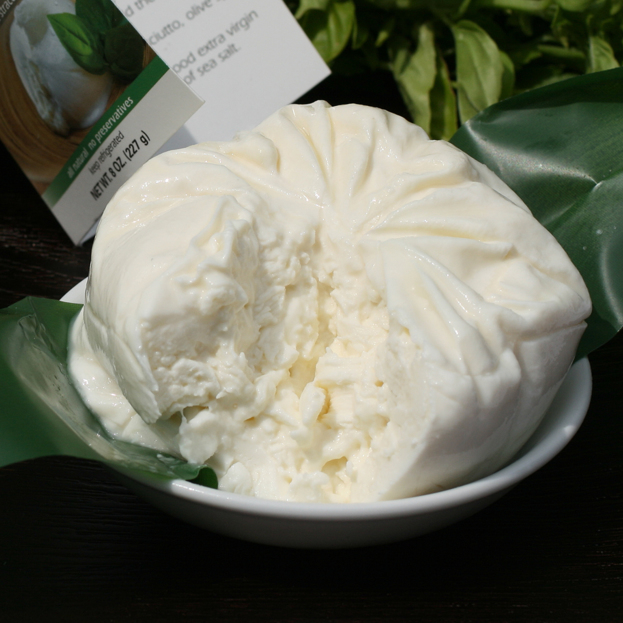 Then there is Scamorza. Like mozzarella, it can be made either from buffalo or cows milk, however, traditionally it is more synonymous with cows and even goats milk. Allowed to rest in its own whey to allow for acidity to develop, it is then tied up and hung to be dried. This drying technique tends to give a smoky flavour and is used a lot in pasta dishes and sandwiches. 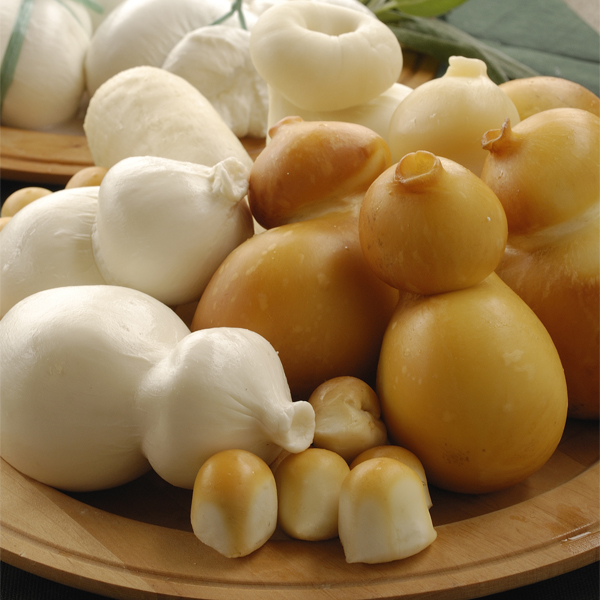 But La Mozzarella di Bufala is still the sought after king of the dinner table cheeses in Italy. Digital blog, Dissapore, however, does justice to the real taste with its beautiful description. ‘It needs to be porcelain white, smooth and most of all not hard. It mustn’t be easy to cut or pull apart, not least with a fork; to break through the skin, a knife must be used. A fresh mozzarella will leave a lot of liquid even before it has been cut open, more so when it has been. When eating, apart from the sensations of tasting buffalo milk, it must have a slight chew and resist the pressure of your teeth. If it’s too soft, melts, lacks elasticity, and has turned into a ball of fondant, forget about it; change your cheese, you’re not eating the real thing.’